Facing a Difficult Legal Matter?
Your Days of Worrying Are Soon Over
SCHEDULE A CONSULTATION NOW 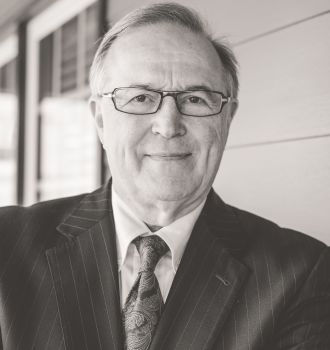 CEO & Member of the Firm

Terry L. Miller began his law practice in June 1975 after being sworn as a member of the State Bar of Georgia by Judge Robert L. Vining in Murray County Superior Court and immediately participating in the trial defense of a criminally accused client.

Terry took a leave of absence from Mitchell & Mitchell from 1977-1979 to serve as Administrative Assistant to U.S. Representative Ed Jenkins. He has also served as a city attorney for the City of Dalton, Georgia (1987-1997) and for the City of Eton, Georgia (1987- ). In addition to litigation, he manages the firm’s real estate practice. In 2012, he began serving on the Board of Governors on the State Bar of Georgia.

"I have a wide variety of experiences that will be beneficial to your case."

When Terry is not practicing law, he enjoys spending time with his wife, Barbara, his children and grandchildren. He also likes to read books, write, and hike in the Cohutta Wilderness.